Prior to the 1990s, genetic analyses indicated that many autoimmune diseases are driven by T cell responses; however, the identity of the pathogenic T cell populations responsible for dysfunctional autoimmune responses remained unclear. Some 20 years ago, the discovery of numerous chemokines and their receptors along with the development of specific mAbs to these provided a distinct advance. These new tools revealed a remarkable dichotomy and disclosed that some chemokine receptors guided the constitutive migration of T cells through lymphoid tissues, whereas others, such as CCR5 and CXCR3, guided effector and memory T cell migration to inflammatory lesions. These T cell markers enabled a new understanding of immune responses and the types of T cells involved in different inflammatory reactions. 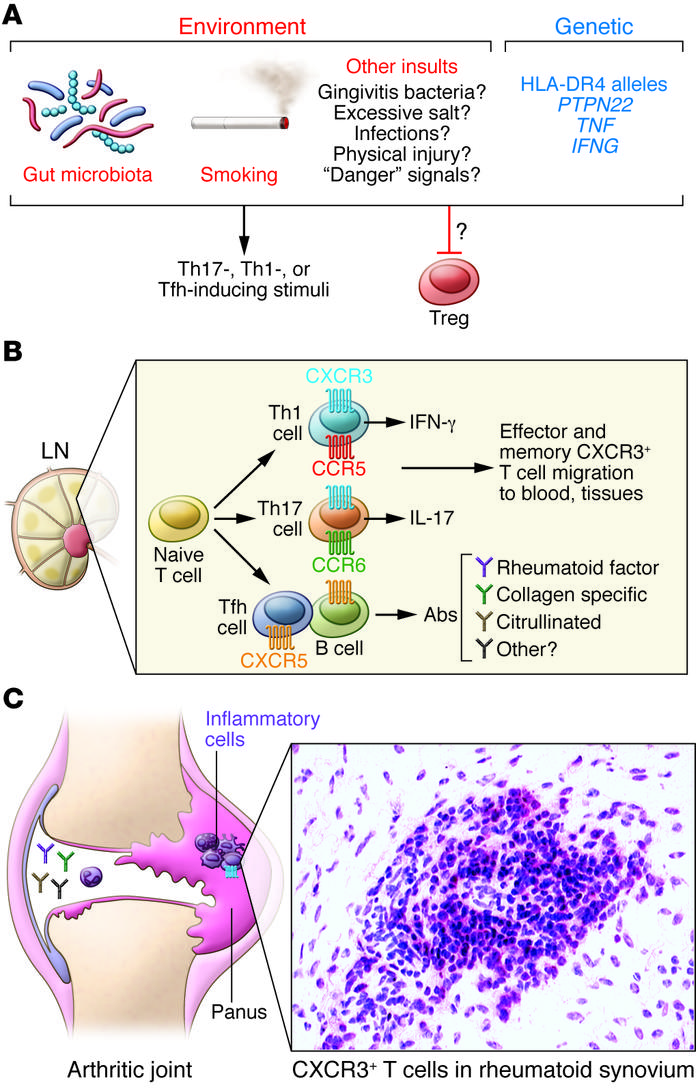